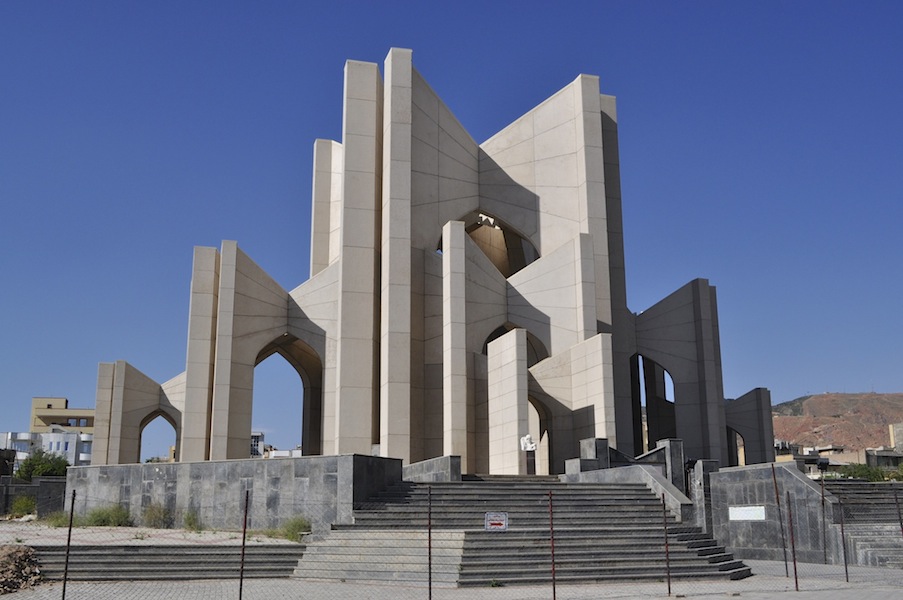 I took the trip to Iran in June 2012 and wrote this piece afterwards. It was meant to be published somewhere else – but as it was not working out, I will publish it here now:

When I planed a trip to Northeastern Turkey I decided I would like to go to Armenia as well. Although Turkey and Armenia share a border, it is closed due to the Nagorno-Karabakh conflict between Armenia and Azerbaijan. Therefore, the only way to get to Armenia from Turkey is via Georgia or Iran. I had always wanted to go to the latter.

When I told my friends and family that I was considering going to Iran, most of them told me that I was downright crazy. But I wasn’t really so sure about that … mainly because no one could actually tell me why they thought it is dangerous to travel to Iran.

I kept thinking about what I knew about the country – and found out that I knew very little. I remembered some history (the Achaemenid Empire and the Greco-Persian wars, the Safavid Empire, the Iranian Revolution and the following Khomeini era); culture (the “Persian Lion”, stunning architecture like Persepolis or the Naqsh-e Jahan Square in Esfahan), famous poets like Hafiz and Rumi and excellent food; but also some controversial remarks by current president Mahmoud Ahmadinejad and, of course, the nuclear program.

So I tried to fill in some of the gaps on Iranian history while also consulting some travel books and maps as well as the internet to find out more about the country and what was behind the negative image. I was especially surprised to learn about the strained relationship with the west, which has existed practically since the end of the Safavid Empire, which might explain today’s situation. But given Iran’s rhetoric towards Israel I was even more surprised to learn that the country is also home to a Jewish community which is officially recognized and even has a reserved seat in parliament. My curiosity piqued, I decided to stay in Tabriz, Iran for a couple of days.

Crossing over at the Bazargan border from Eastern Turkey, I hired a cab with a Turk and two French gentlemen who crossed the border with me. Together we rode the 300 km to Tabriz. After the border my first impression of Iran was the landscape. Though the majestic Mount Ararat was already looming over my latest destinations in Turkey, it was exiting to go around its slopes. We were traveling over mountainous landscapes, down to the desert and then back up until we finally reached Tabriz.

After parting from our French travel companions, I was introduced to a man from Tabriz by my Turkish friend who in turn introduced me to Iranian culture. The first thing I noticed was how modern the country is. You could find all the things that are advertised in Europe and America as well – from the newest flat screen TV to the latest smart phone. The coffee houses sold espresso and cappuccino and there were many restaurants serving hamburgers, spaghetti and pizza. It was quite a different experience from Eastern Turkey, which is more traditional.

The streets were busy with people shopping and meeting in coffee houses and many cars moving rapidly. Of all the things I encountered in Iran, the traffic was truly the only frightening thing. Although there are some zebra crossings (crosswalks), they seem to be for decoration only. Cars keep on driving and if you need to cross the road you just have to start walking when you see the first small opening. Soon you are standing in the middle of the road and the cars keep buzzing around you. You have to keep waiting for the next opening to get further until you finally get to the other side.

The people I met in Iran were some of the most friendly and helpful people I have ever encountered. After my Turkish friend continued his journey to Tehran, his Iranian friend introduced me to his family and friends who showed me the many sites of Tabriz. They also took me to wonderful restaurants, where one can sit outside and eat some fantastic kebabs while drinking a cool, refreshing Iranian beer. The beer is, of course, alcohol free. It is a kind of fruit flavored malt beer – and I can especially recommend pomegranate and lemon.

Another surprise was that the relationship between women and men was much more relaxed than I know it from Turkey where it was rare to encounter women at all. One time I went to a shop that sells CDs to buy some Iranian music and a woman costumer helped me choose some music and later invited me for a coffee – a scene that is nearly unimaginable in Turkey.

The early history of Tabriz is not yet very well known, but most likely the city dates back to the 7th century BC – and there are even archeological findings from older settlements. So of course, the city has a lot of sites to offer, most famously the largest covered Bazaar in the Middle East, which used to be one of the most important commercial centers along the silk route.

Another impressive site is Maqbarat-o-shoara (the Tomb of the Poets) which contains the graves of Tabriz’s most important poets, mystics and scientists. The building itself is one of the most impressive architecture I have ever seen. But also beautifully tilted mosques and old houses are there to be discovered.

Of all the museums in town, the Museum of Ostad Bohtouni was the most original. It contains Iranian dishes made of some kind of plastic.

The predominant language spoken in Tabriz is Azeri, though, like all over Iran, the official language is Farsi. Therefore, the local TV and radio stations broadcast in both languages. Other media like weekly magazines and newspapers are produced in both languages as well. Sadly I couldn’t take a closer look at the publications as I speak neither Azeri nor Farsi.

Overall, Tabriz presented itself as a lively and modern city with a far reaching cultural background.

Whatever preconceptions one has about the political situation of Iran from the press – I didn’t encounter any of that on my journey. Instead, in this wonderful city, Iran came across as an interesting country with very friendly and helpful people. It is a place I would like to return one day. 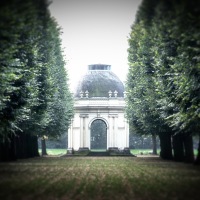 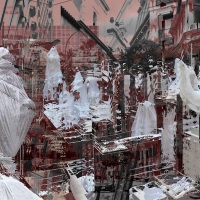 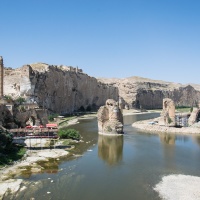