Those of you who read my blog on a regular basis probably wondered why I didn’t post a lot in June. The reason was that I was traveling. Among other places, my journey took me to Hasankeyf, a small town in Eastern Turkey.

It was my third visit to the city beautifully located at the river Tigris. The first time I was already mesmerized by the beauty of the city: The old cave houses, the large castle on the top of the rock, the remains of the old Roman bridge…   Though the danger of Hasankeyf vanishing due to the construction of the Ilısu Dam lingers for a while now, I heard earlier this year that in two years the city should be flooded. I had already planed a trip to Eastern Turkey and therefore I decided to spend three days in Hasankeyf to experience this beautiful place again.   It nearly took me a day on several buses from Dersim/Tunceli via Diyarbakır and Batman, but when I finally arrived in Hasankeyf in the evening I went for a stroll through town, watching the sun go down over the river, shops closing and tourists leaving. I sat down in a café, taking in the atmosphere and felt happy to see this place again.

I went to bed early to have some time in the morning to explore the canyons behind the castle where you experience beautiful nature and seemingly endless rocks with more and more caves. As most tourists only visit the main part of the city, I was nearly alone, with the sounds of birds and insects. I enjoyed the quiet and the view of nature and culture so naturally interwoven.   In late June, the temperature can be easily more than 40°C, so around noon I went to the center again to sit in the shade with some cool and refreshing drinks. Because I can speak some Turkish I could also talk to some people and learned that no one was happy about the construction of the dam. Most people I talked to want to leave and will probably end up in the suburbs of Istanbul, Ankara, Izmir or Adana. Others want to try their luck in Yeni Hasankeyf – the new city that is already build up on the mountains. But I had the feeling that most people don’t really know what to do when they have to leave. But to me it was instantly clear that a functioning  society will be forced apart and most inhabitants have to find a whole new way of continuing with their lives.   In the afternoon, when it was cooler again, I went for a stroll on the other side of the river to take a close look at the Mausoleum of Zeynel Bey and the remains of the Artuklu Hamam. After dinner I went back to the local cafés and became acquainted with a man who showed me some old photographs from a time when most of the caves and parts of the castle were still inhabited and people needed to cross the river on a raft, because the new bridge over the Tigris hadn’t been build at this point.

I took this as a cue to read a bit about the city’s history – which, at this point, isn’t completely investigated. But it is clear that Hasankeyf was one of the first human settlements. The city was part of some of the oldest civilizations, and Sumerians, Akkadians, Babylonians and Persians ruled over the city before it became the buffer zone of the conflicts between the Romans and Sassanians. Then it came under Byzantine rule and later saw the emergence of the great Islamic empires.   And sadly, this long history of Hasankeyf is about to come to a close soon. Though some of the historic buildings should be transferred to an archeological park in Yeni Hasankeyf, it will only be a dim shadow of what the city is now.   Apart from the destruction of history and cultural heritage there are a lot of points that speak against the contraction of the Ilısu Dam: The inhabitants have to suffer the consequences of displacement and incorrectly planned resettlement (I learn that most people will get a third of the price of a house in Yeni Hasankeyf for their old dwellings) that most likely will result in unemployment for a lot of people. From an ecological point of view the dam will harm the entire ecosystem in that region. The massive construction of dams in the Kurdish region of Turkey as part of the GAP project already changed the climate from a desert to a subtropical environment which endangers a lot of spices and results in the growth of germs.

The next day before I left, I climbed on the rock besides the castle where I had a great overview of the city, the canyons and the castle. I felt happy taking in the view, but sad, knowing that this beautiful place will be buried under water soon.   For more information about Hasankeyf and what you can do to help, please visit Hasankeyf Matters. There you will also find links to the resources I used for this post.

As I am mainly a photographer, I certainly have some pictures, so you can get a sense of how amazing Hasankeyf is: 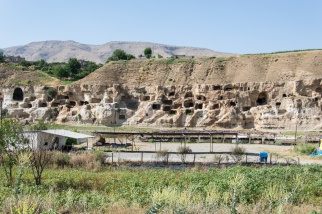 The Mausoleum of Zeynel Bey

View Of The City

Goats By The River 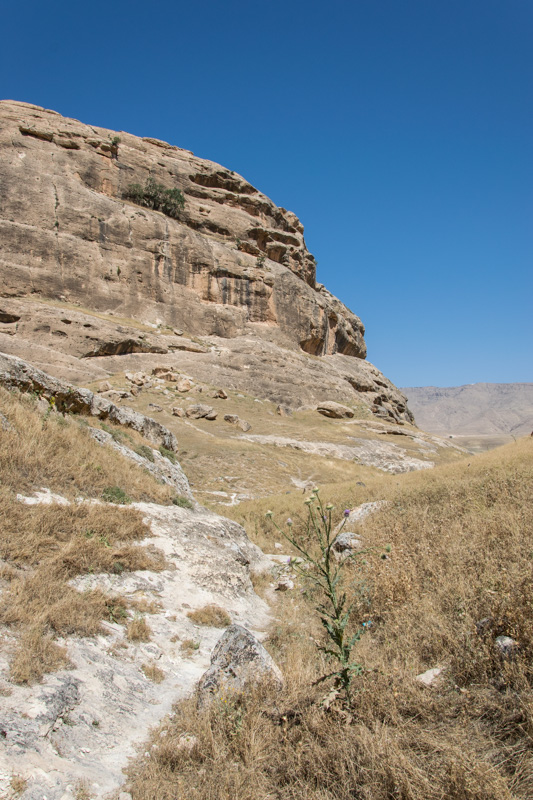 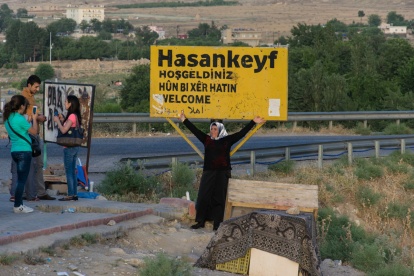 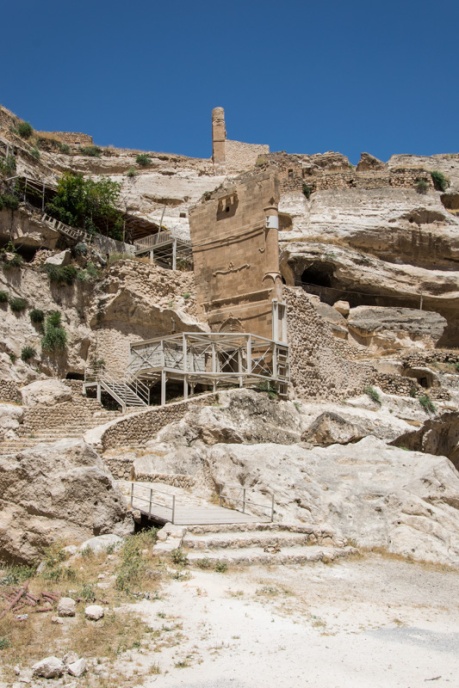 The Entrance To The Castle

Geese That Rome The City

Door Of A Cave House

Goats By The River

Additionally, here is a video I have been recently made aware of about communities endangered by dams in Turkey (Ilısu, the dam that endangers Hasankeyf) and Brazil (Belo Monte): 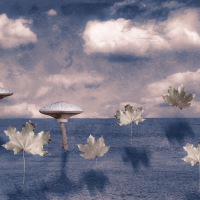