Our cities are changing. On one hand modern structures are build, on the other hand the historic centres are reconstructed. Modernity meets nostalgia. Out cites are also a place where different people live together in a narrow space without having many points of contact. As a result, subcultures start to emerge that can influence each other, or build up their very own worlds.

These contrast are also absorbed by art that creates new forms of expression, or looks back at the olden days. It is influenced by many subcultures and converts them to its own language. The artist can change, deform and distort urban life.

If you follow my blog you know I visited several cities and travelled from Frankfurt via Berlin, Copenhagen, Paris, Madrid and Skopje to Istanbul, Batumi and Almaty. The new exhibition shows these cities, their inhabitants and the urban life how I have seen it. From the outside and the inside. On a personal level, or as a tourist. Estranged, misplaced, broken and newly assembled.

The exhibition starts on July 28th, at Switchboard, Alte Gasse 36, 60313 Frankfurt, Germany. The pictures will be shown till late October.

I’d be happy to meet you at the opening at 7pm.

There also is an event page on Facebook with the text in German.

Leave a Reply to ken and agnes photoworks Cancel reply 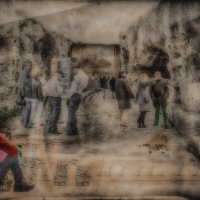 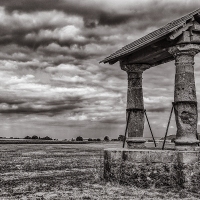 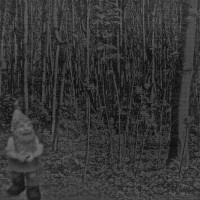